Alameda County Measure B: Vote No on 41% sales tax subsidy for automobiles and trucks.

Sacramento LRT Station to be Named For Wayne Hultgren 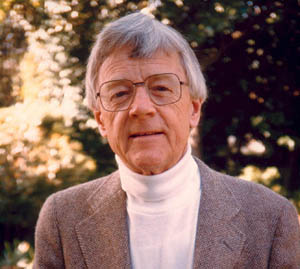 Sacramento's Meadowview light rail line will have a key station serving Land Park and Curtis Park named for Wayne Hultgren. Wayne is the founder of the Sacramento Chapter of the Modern Transit Society. At the September 11 Regional Transit Board meeting, Modern Transit Society joined with other transit activists and Wayne's widow Ruth to suggest the name change. Here's what we said:

"A lot of us like to take some of the credit for light rail, but the truth is without Wayne Hultgren, it would not have happened." Don't just take the Modern Transit Society's word for that. The quote is from Judge Lloyd G. Connelly, who was on the Sacramento City Council when the original line's construction was approved.

Wayne knew how to bring volunteers together socially and built the movement for light rail into an unstoppable force. His open and generous nature, along with his ability to respect other viewpoints, made him the key coalition builder and strategist of the movement. Wayne Hultgren worked at the grass roots and never held office, but he did a tremendous amount of good work to improve Sacramento's transportation future.

Wayne died a year ago this month, and we think it is entirely appropriate that Sacramento Regional Transit name the light rail station which Wayne would have used to honor his decade-long dedication to bringing light rail to Sacramento. (Several MTS board members have observed that the currently proposed station name, "21st Street" could more easily be misconstrued to be located at 21st and R Streets than at its actual location at 4th Avenue and Freeport Blvd. )

The name could combine a more relevant cross street name with the name of the cheerful citizen activist known as the "Father of Light Rail." County Supervisor Roger Dickinson made the motion and it was adopted unanimously. The station will be called Wayne Hultgren/4th Street Station.

A research paper Impact on Transit Patronage of Cessation or Inauguration of Rail Service, gives empirical data on the public's preference for rail transit over buses. The author, Edson Tennyson, formerly General Manager of the Chicago transit system, analyzed ridership from about two dozen cities in the USA. Where buses were substituted for streetcars, ridership declined. Where rail transit was restored, ridership increased. [This paper was published in 1989 as Transportation Research Record #1221]

Copied below is the conclusion of this report:

In most cities served by buses exclusively, transit riding has declined 75 percent over the past 40 years. In 11 areas with updated rail transit facilities, ridership has increased markedly, often by more than 100 percent. In two of these areas, the transit systems are attracting more ridership than they did when gasoline and tires were rationed. It appears that rail transit makes a great difference in ridership attraction, with attendant benefits.

Because transit use is a function of travel time, fare, frequency of service, population and density, increased transit use can not be attributed to rail transit when these other factors are improved. When these service conditions are equal, it is evident that rail transit is likely to attract 34 percent to 43 percent more riders than will equivalent bus service. The data do not provide explanations for this phenomenon, but other studies and reports suggest that the clearly identifiable rail route; delineated stops that are often protected; more stable, safer and more comfortable vehicles; freedom from fumes and excessive noise, and more generous vehicle dimensions may all be factors.

Those engaged in alternative analyses and similar studies would be well advised to consider these differential factors before making service recommendations or traffic relief assumptions. Future problems with air pollution, congestion, and funding may all be seriously affected by these considerations.

Also see on the MTS web site, Conflict of Transportation Competitors, which details why and how General Motors destroyed the transit system in the East Bay.

Dallas Votes for Light Rail by 77%

Residents in Dallas [Texas] Area Rapid Transit's thirteen member cities passed - by more than 77% - a $2.9 Billion bond issue on August 12 to upgrade and accelerate construction of future light rail lines. DART is currently adding 24 miles of extensions to it's 20 mile line. Details are at: www.dart.org/pressrel/electionwin.htm

AC Transit to Decide on LRT

A possible return of street operated guideway transit will be considered by AC Transit for the Berkeley-Oakland-San Leandro Corridor. A hostile takeover of the transit system by General Motors in 1946 ended in the destruction of the streetcar system in 1948 and the electric trains in 1958.

A recommendation on the route and system went before AC Transit's Planning Committee on Oct. 5. From there it will go to the Alameda County Board of Supervisors on Oct. 19.

To see the map with three possible routes, the .pdf file can be downloaded from the AC Transit web site: www.actransit.org/mistudy.html

Comments can be mailed, FAXed, or emailed.

GUIDEWAY continues with more articles in the next file or see the contents.