Trying to engineer walkers and cyclists off the expressway 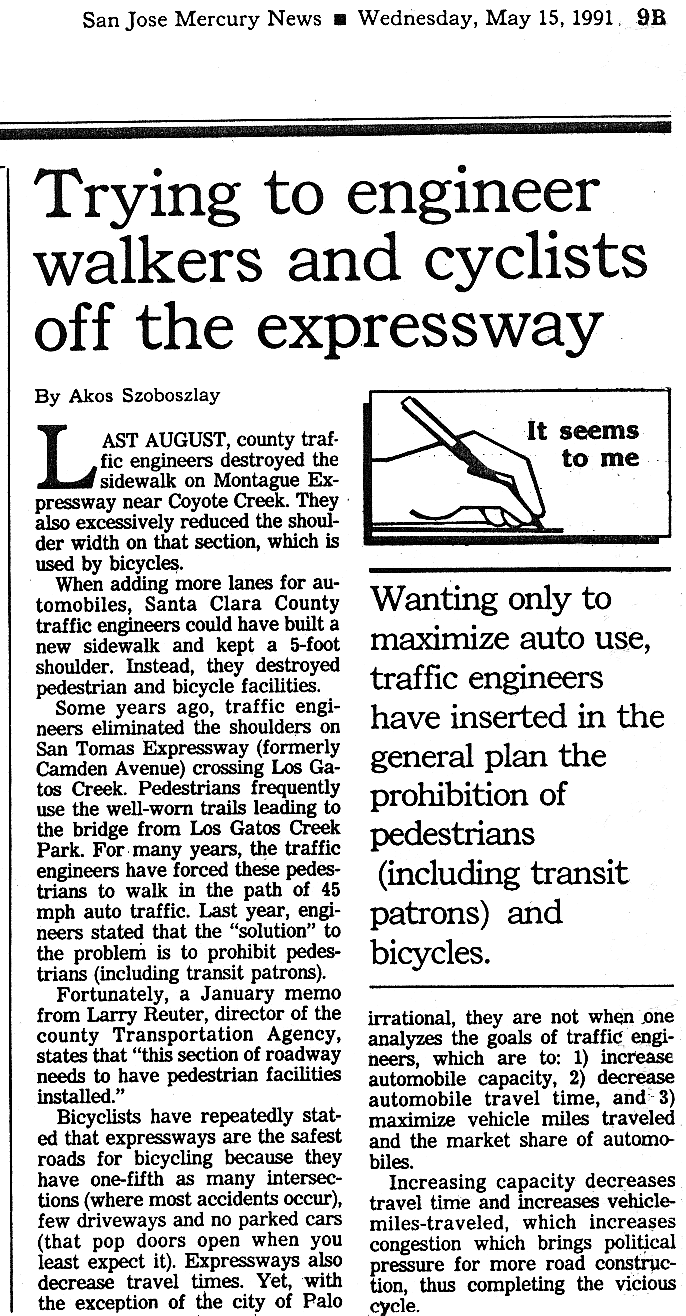 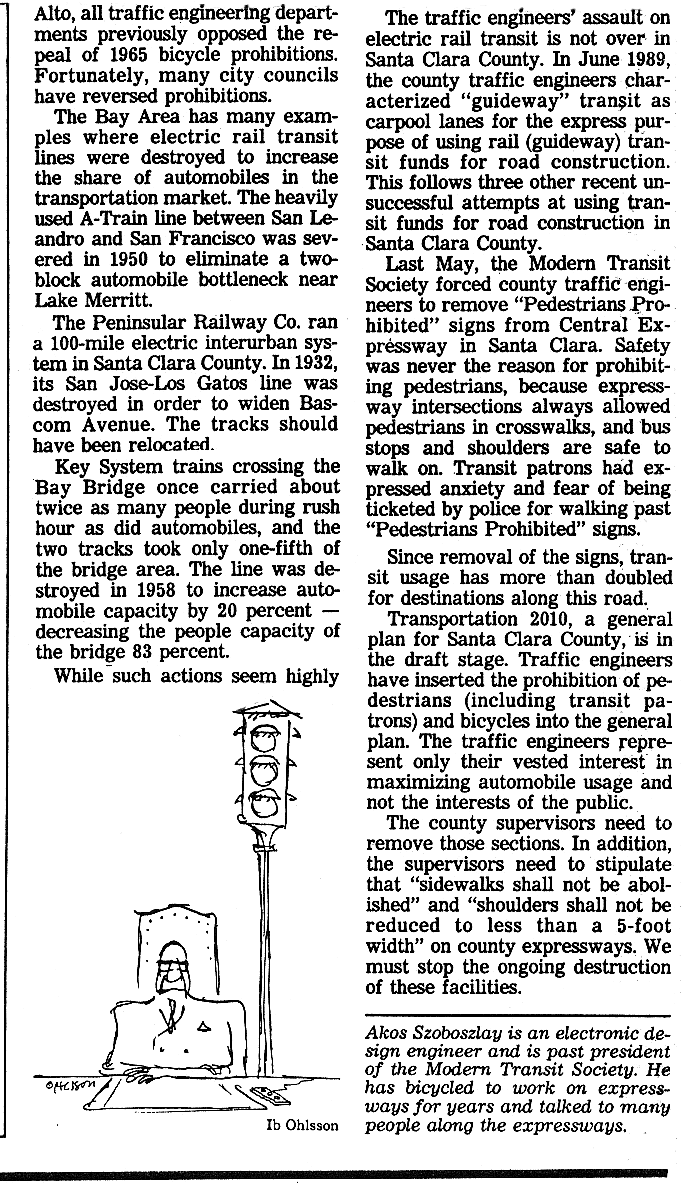 If I knew at the time, I would have also mentioned how County highway/traffic staff destroyed the passenger train service between Los Gatos and Palo Alto by destroying the tracks for more traffic lanes on (what became) Foothill Expressway. The irony is that today, there is plenty of room for one set of tracks along Foothill, which could have been in the middle or along the side. Instead, they banned public transit, bicycles and pedestrians -- all urban transportation modes that compete with automobiles. See the historical information (then scroll to Foothill Expressway in the table).

The policy adopted by the Board of Supervisors (BOS) later in 1991 -- see the MTS letter -- forbade destroying pedestrian sidewalks. The Board also ordered pedestrian paths created on all expressways. But County highway/traffic staff simply didn't comply with that order. In 2003, the BOS required 5-foot shoulders (while "bicycle accomodation" was required in 1989 at the request of MTS).